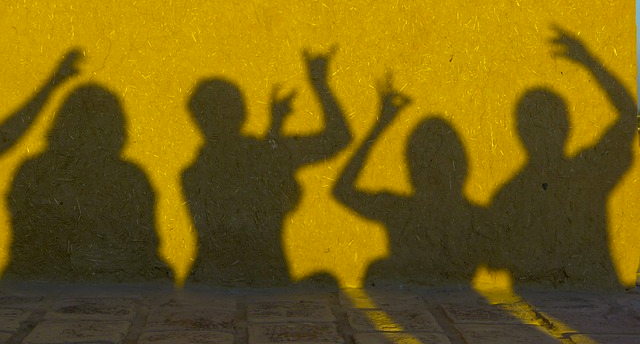 And welcome to the column with Most Controversial Sounding Title yet. Which, much like my columns on sex, is probably going to be far more pedestrian than expected. Which is good in this case.

What we’re going to talk about here is our races (in this case species) and races (the distinct groups within species) and culture.

Yeah, I’m gonna keep it clinical if I can.

I’ve covered culture before, but the best way to think of culture is a tool. Culture is language and rules and institutions that help a sentient species interact with each other and the environment and survive. Sure the culture may act to the detriment of some or many, it may backfire ultimately, but it is basically a useful tool overall.

Much as I’ve noted a sentient species is almost inevitably adaptable, I think a sentient species almost inevitably has to have the ability to create, retain, and modify culture. A culture accumulates tools, wisdom, knowledge, and methods, allowing a species to function. To not have this retention ability is to almost not be sentient – because where do the tools (language, reference, etc.) that sentience uses even be sentient?

I’d argue, in short, that the ability to have culture is part of intelligence – and part of adaptability. Human ability to have and modify culture means we can be hunters or astronauts, accountants or weavers, as needed. Culture is software we’ve written ourselves for ourselves.

Admittedly, it’s often buggy and constantly being patched, but still.

Because culture is part of a race – as in species.

Who You Are And Who You May Be

Think of some of the great parts of human culture. Buildings that last for aeons, songs that are sung, great libraries. Think of the artifacts that make us who we are and express who we are.

But if we were hardier or the environments we often lived in were less harsh what buildings would we have developed? Consider the insane environments we’ve inhabited and what our “cultural buildings” would be if we didn’t decide to live in so many spots that could kill us.

We’re verbal and auditory creatures, giving us songs and speeches, and plays. What would we have if we were telepathic? If we were even more visual? If our sense of smell was a hundred times more intense? Our cultural artifacts might be different (and smellier).

If we were telepathic or could exchange information biochemically, would we build libraries or would they be the same? Imagine a race that can read information encoded in the DNA of a fellow, and a library is just a giant stack of jars . . . .

Sentient race will have culture, but the form that culture takes and the way it is passed on will vary with the traits of that race. To make that race believable, you’ll need the culture it develops to fit the biology and psychology and perhaps even spirituality they have. A race of natural wizards may not need as many training institutions for basic magic – or maybe it’s so deadly they bloody well do and magical training starts in the crib.

So, races need culture. Races will make culture. The nature of the race determines how that culture is rested, in what form.

Oh, and if you want some fun imagine the cultures of radically different races colliding – how could they even understand each other.

But among races, there are variants, the “true” races. And that gets a bit more complicated.

Culture Within Culture, Race Within Species

Let’s talk race (as in variants among species) and culture. Forest Elves and Mountain elves, Caucasian and Asian, and what have you. Because we might as well get it out of the way. Welcome to the minefield.

Now let’s just walk around it with brutal honestly.

It is likely among any race you design, there will be subgroups – races as we know them as humans. These groups are not different species, but are distinctly different in appearance, location, and some traits.

These groups, in being distinct, will almost certainly have distinct cultures. Region, location, traits, and so on will affect said culture.

And you have to create that.

Merely look at the sweep of human experience. We have assorted different races (which can be endlessly combined or subdivided or analyzed as boundaries are iffy). We have humans creating different cultures in distinct groups.  As you design races and their cultures you need to know where one begins and the other ends.

A lot of people are really bad at this as history will doubtlessly show you.

Your species will have many races. Your races will probably have different cultures. You’ll need to both build this – and know where culture, race, and species begin and end.

Just be aware of the differences, the boundaries, and the influence. Because if you’re not careful, your creation of species, races, and cultures can quickly become a pile of stereotypes. Race and culture become the same thing and next thing you know your race (as in species) various actual races are so different they might as well be species.

Worse, no one may realize it because they’re so imaginative that only you can realize how quickly you straightjacketed yourself by turning race and culture into the same thing.

The mark of a mature world builder and writer, is to be able to scale between environment and characters and influences, and culture, and understand where they come together without turning them into a lockstep machine. It’s not easy, but it’s well worth it.

And you’ll avoid those horrible moments of realizing your work is as racist/hidebound/limited as those people who make you cringe.

The question you also have to ask when building a race (as species) is how its cultures and members handle the diverse races that they have. How does the species as a, well, species and the cultures within it cope with its own diversity?

Maybe the race has strong instincts that help it work together, or it has a sense of tribalism that means at times it comes to blows.

Maybe the race’s diversity is so huge that it’s hard for it to shatter into identifiable racial groups. Or maybe it’s settled into distinct gene pools that verge on speciation.

Or maybe it’s telepathic so it’s hard for it to fragment at all (and if it did, well, look out as hive minds battle).

This is a question for both your race biologically and the culture(s) that it’s members have. Now this is going to lead to extremely unpleasant contemplations. A quick view of human history can show we lean towards tribal survival traits, and are often willing to haul off and kill other tribes. Our ability to recognize “like me” seems a bit close to home in a way that can threaten our own survival as big “tribes” face off.

But these issues you have to deal with – how the races in your world and their culture handle the very fact they exist.

On the other hand,unpleasantness aside, deciding on how these issues are handled makes a rich world and a whole ream of stories. One good misunderstanding, one tribal conflict, one race unified and reaching for the stars can come to life and make your world awesome.

Well awesome in detail. It might suck for the species in there. Go figure.

It’s Worth Doing Right
When you do race and culture well, it can be amazing. Well race as race and culture, you get the idea. Your world becomes richer, more interesting, and your race (as a species) and the races (subdivided) believable and alive.

I think it’s the differences that make your races (as a species) become believable. We know the diversity of our world, and seeing the diversity of another is even more enthralling and relatable.

However, we’re often too willing to accept simple racial and cultural ideas. Here’s another Set Of Elves. Another Not Quite The Vulcans. You can probably get by in world building with basic work.