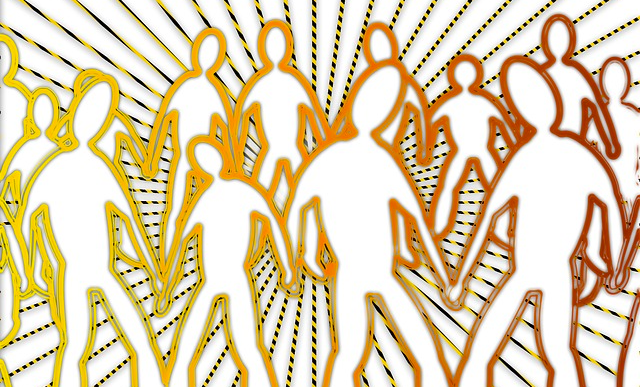 A lot of my discussions on world building here involve solo efforts, single-person worldbuilding. I’m pretty much speaking to you as a “you” because . . . well that’s my chosen audience focus; single readers and solo world builder. But I’d be remiss if I didn’t take some time to discuss group world building efforts.

Group world building is actually an activity a lot of us engage in. We may do it as part of a defined team, or be a Game Master who takes a lot of player input. We might be running a shared RP, or we may be just having an idea jam at a convention. I don’t think we do it as often as solo world building, but we do it.

We might not even realize we’re doing it, we just think of “well we’re cooperating” or “she’s helping me out.”

So I wanted to take some time to discuss group world building – it’s advantages and challenges. I’ve been there as well, as have many of my friends, and I figure it’s worth exploring.

Besides, maybe you’ve not considered it and it might be for you . . .

The Advantages of Group Worldbuilding

First, why do group world building anyway? The threat of too many cooks seems to loom after all, and I”m sure we’ve all had creative conflicts with others. Why drag that into making a world?

It’s Fun: Seriously, working on worlds with someone else or someones else is a lot of fun. Creativity is often more enjoyable with company, and we all know the pleasure of a good creative jam. Keeping a sense of fun can also head off potential issues (which I will note next).

More Sets Of Eyes: Worlds have to work well to be, well, functional settings. Having more people to give feedback on them helps solve problems. If you’ve been busy designing your world you may not notice problems – or have the energy to look for them – and having someone help makes it easier.

Additional Knowledge Bases: Having more than one person work on the world let’s people leverage their individual areas of knowledge. None of us can know it all, so having other people to call on helps you make a richer world.

Learning: When you have more than one person building a world, you learn from each other. Sounds like a given, but one you may miss when you’re busy figuring out magic systems. In group world building, calling on multiple bodies of knowledge, everyone is going to learn something both in areas of knowledge, but also creative technique.

Tag Team: If you’re involved in some intense efforts (say, having to make a world for a large RP), it can get exhausting. You can tag-team off on various efforts if you need to. In fact, a marathon world building session as a team might be fun . . .

Pseudo-RP: Sometimes the best way to figure out a scene or a character is to role-playing. Now you can do that in your head, but it’s a lot easier when you have people to do it with. Even though that might get embarrassing.

I’d guess most people don’t need a justification to do group world building, but if you’ve had some bad experiences with it (and trust me, I know people who have), the refresher may be useful. Or perhaps you just are a solo act and this’ll convince you to give it a shot.

Now as noted it’s not always easy, so let’s get on to the challenges.

The Challenges of Group Worldbuilding

So now let’s get to the challenges of group world building, as there are quite a few. I can speak to these from personal experience as well as that of my friends, so I’m quite serious about these.  This is painful experience, I hate to say.

Come to think of it this section seems longer than the first one.  Which says something – and may explain why some people are antsy about group worldbuilding.

Clashing Egos: I suppose I don’t need to explain this, but when you throw a lot of people together there can be clashing egos. When you’re making something so big as a setting, there’s going to be an even bigger chance of it. You usually need people who can focus on the creative . . . but that can be a bit challenging.

Personal issues: Sure clashing egos is an issue in group world building, but another issue is when people drag in, develop, or experience personal issues. The team can easily be disrupted by an illness, a love triangle, and personal problems. If you’ve got a good team you can get through it – but I you need to think ahead to prevent these things from happening.

Ownership Problems: People can get possessive of “their” parts of the world, “their” characters, and that possession keeps them from letting the rest of the setting influence their “chosen” areas. Simply put, people have to leave this sense at the door to make the world work – nothing is sacred, unaffected, or separate in a well-build world.

Ownership Problems II: What happens if people make something they truly want to own, such as using in their own work outside of the world? Some clear boundaries of ownership and use may need to be drawn up at the beginning (I usually prefer either “group property/open source” or straight up “you make it you own it.”)

Pseudo-RP: Remember when I said the ability to role-play was an advantage to group world building? The flip side of that is group world building can turn into a Role-Playing game. Unless you intend that, it can be distracting – and you end up with ownership problems.

Conflicts Of Ideas: This seems obvious, but people building a world together have conflicting ideas. It always seems this surprises people who do group worldbuilding, despite the fact it’s obvious.

My Recommendation: Try It

Give group world building a try.

I’ve done it a few times and I can say it’s educational, fun, and interesting. You should try it at least once or twice just to give it a shot. Though there are challenges, the benefits – and the experience – are very powerful.

Besides, if you try it and hate it you’ll know why you hate it.   You might even get a column out of it . . .
Respectfully,