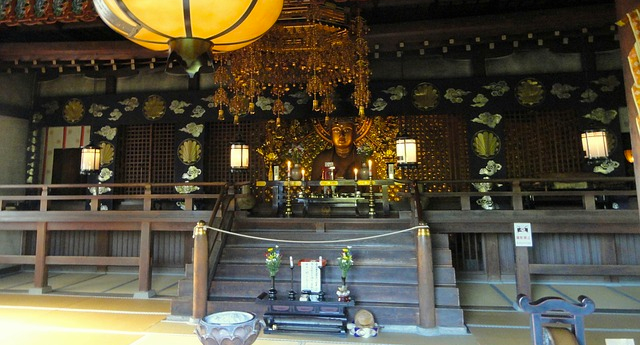 So you’re world building, but the world is basically like ours, or like a given historical place and time. You’d start building religions, but . . . you’re dealing with real religions that people practice and live right now (or the ancestors or descendants of those religions). You’re not so much creating them, but asking where they fit into your setting, what’s “real” and what you have to write.

There’s more “about” than “building.”  Sounds easy, right?  Not when you realize that when it comes to religion you have to . . .

So you’ve got to design your “real” world, but also deal with ‘real” religions.  How do you handle these challenges?

THE FIRST COMMANDMENT: THE SETTING IS THE TRUTH

The first thing to remember as a world builder is this – know the truth of your settings. Know what is real, what is false, what is appropriate, and what is left kind of fuzzy because . . . whatever. You must know – even if no one else will know or care.

Know the truth. Religion is the same way.  You need to know what’s “really” going with religion in your world.

The thing is?  The level of depth you need may vary by what you’re doing.

You may not need to go too deep. if you’re doing a “rom-com story at a computer company” you may just need basic knowledge of people’s religions. You may not care about metaphysical depths, and they may not matter – the “personal” accuracy is all you need, but get that right.

If your world building ranges far and wide, if you dive into defining science and metaphysics, if religion is a part of it, if it’s about hard truths, if the looming disaster in your story is so big some people are going to pray for relief . . . well you may have to dive much deeper into religion. In this case “real” religions.  This means research, knowledge, and perhaps even deep speculation that may not be comfortable.

Remember, in your setting things happen for a reason. That includes religion. Also, it’s your setting. What you’ve decided on goes – so decide well.

WARNING: One danger of writing about realistic religions is that you’ll bring in a lot of assumptions into your setting that may not matter, or worse may have an obvious agenda. Be careful of bringing in biases when they’re not needed or are more a case of preaching than creating.

THE SECOND COMMANDMENT: KNOW THEY RELIGION

Do not, ever, try and about a “real” religion without some knowledge and preferably research if you are going to go into it in any depth beyond “hey I need to take off for this Holiday.” If you do not do this research you will be sorry.

You will get it wrong. You will embarrass yourself. You will piss people off and they will have reason. You will offend people in an actually understandable way. There’s a very good chance you can look ignorant or even like a bigot despite good intentions. It will certainly mark you as a poor world builder and yank people out of your setting.

Religion, like politics, philosophy, and good homemade chili is about depth, complexity, and personal experiences. Just think of whatever religion you were raised in and how many different variants, denominations, splinter groups, and outright cults there are.

Now amplify that by humanity. That is what you have to deal with.

So if religion is any part of your work, go do some research. Much like any world building, I recommend going to the depth of “more than your reader needs to know” so you have a good sense of your world and the setting. A few bits of advice:

WARNING: One danger of doing religious research, ironically, is you can go so far down the rabbit hole (or up Yggdrasil that you end up over detailing your work. This can get pretty fascinating, so know when to stop (or at least stop talking)

THE THIRD COMMANDMENT: REALISM IS HUMANITY

When putting religion in your setting, no matter what the “true” metaphysical elements of your writing, you are still writing about people. Yes, I’ll keep noting this.

Religion in your world, be it religiously themed or where religion is a tangental detail, is about people. People who pray, meditate, doubt, believe, hope, perform rituals, give up on traditions. When you write, you write about people. When you build your world, people learn of it through the tales of those living in it.

As noted repeatedly, my philosophy is that people are the lenses through which your world is viewed. When you write, you need to get into their heads, and with deep issues like love, sex, religion, art, etc. You need to “get” their deep seated feelings. That helps you write religion believably as you’re writing them believably.

Wether your setting is hard-science real-world where you assume nothing metaphysical, or if an angel hides behind every scientific discovery (there’s a story . . .), it’s all about people in your settings and how they believe. Wether you have a God or gods in your story, the God/gods-eye view is for you, not the characters.

This also makes stories far richer because you’re writing people – and too often one can see discussions of religion forget the human factor. Keeping that human factor if religion plays a part in your world will make it a better because it will be believable.

Even if people disagree with their – or your – religions viewpoints, this humanity will make the world something they can still get into.

WARNING: This “human level” understanding needs to be applied to all your major characters , otherwise some will become pastiches or parodies or two-dimensional. Thus a world builder faces the daunting challenge of understanding the humanity of people they disagree with at best, or find abominable at worse.

THE FOURTH COMMANDMENT: HATERS GOING TO HATE SO DONT ENCOURAGE IT

You will, in creating religious elements in realistic settings, annoy people. They will be miffed, they will be angry, or they may decide they want you dead. Though the latter is most unlikely, you never know.

It is going to happen.

Now if you write well-done characters, if your setting is believable, if there’s a true sense of humanity, most people will understand. Writing with empathy, world building with a sense of character not cardboard cutouts, will help immensely. People might get annoyed, but if your characters are human (and treated as such) that’ll be mitigated or even be educational.

But, some people like to be annoyed and angry.

On the other hand if you go looking for it? People will oblige.

WARNING: Don’t be casual about the possibility people may be annoyed over your handling of religion – because sometimes it is a sign that you’ve actually gotten things wrong. Evaluate responses as rationally as possible, since there are opportunities to learn.

SO WHY DO ALL THIS?

So why spend your time researching and empathizing, and all that especially when religion is a bit of a minefield?

Simple. To be a good world builder.

Ultimately all of this is about the integrity of you as a creator, as a writer/designer or however you use the world, and doing a good job. This is just par for the course.

To be honest the issues of writing religion only come up because it’s such big deal for people, involving so many issues. But for you the big issue first and foremost is doing it right.

It may even be educational, to have that clear perspective, trust me . . .