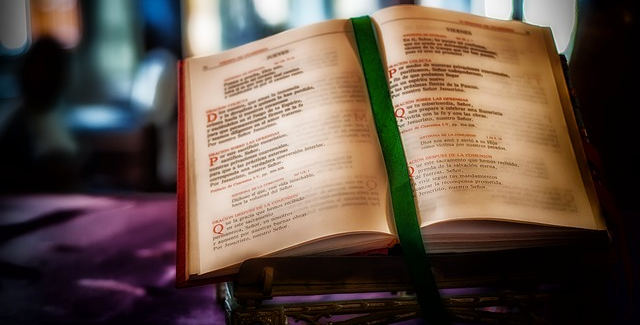 (As noted in my past columns, this discussion of religion is focusing on the with some metaphysical or theological elements).

When I worldbuild, I confess building religions and so on are some of my favorite things to do. This of course is part of my own inclinations and interests in people, psychology, culture, and religious experiences. Not everyone shares my enthusiasm.

Fortunately, as I have such enthusiasm, I’ve got plenty of advice to share. Here’s a few things I’ve found help in doing religious world building.

If you want to write about religion in your world, go get some religious knowledge.

A good worldbuilder is a bit of a reinassiance person in that they should know enough to build their world, and to know when they are ignorant or made a mistake. Religion is just part of world building, like the plants and the cultures and the Jurmaxian Hypercube Cars. You need some knowledge.

In short, if you want to write religion, learn about religion.

You Don’t Have to Be Religious; You Do Have To Relate

A good wrier can get inside the head of their characters, even if they’ve got more than one of them, even if the characters are very different from them. You have to do this for your characters, and that includes those practicing religion. In short, you need to be able to relate to them – you need empathy.

Sometimes we’re adverse to stepping into the shoes and soul of someone with a different religious belief than us. Perhaps it’s due to the complexity of the subject, or the personal differences we have, or simply that we find religion boring. I find “religious empathy” is rather difficult for people, perhaps due to the lack of it in the world.

Whatever differences between you and the people you’re writing, the important thing is not that you agree with their religious beliefs, but that you understand them. It’s the same for anything involving your cast, really.

This by the way can be excellent writing practice. If you can understand someone who believes differently than you or lives in a religious environment alien to you – and you created it – you’re doing to do some great worldbuilding. It’s also going to make you a better worldbuilding and/or writer/developer.

Some Things Are Expected – Be Aware of Them

Some people have certain expectations of religions, of holy cants, of gods, of morals, of miracles. If you leave these things out it may mau your world hard to believe in.

Or that if you include them, it may also make your world hard to believe in. Maybe some of them don’t fit or don’t work or just aren’t what you’re doing.

Expectations are a pain.

Worldbuilding with religions requires you to navigate the expectation of those reading or gaming in your world. You might leave something out that should be there – but also risk including things that aren’t appropriate because people “expect” them. You’re really stuck between the Rock Of Ages and a hard place.

This can be a bit of a difficult issue to deal with. On one hand, the feeling ‘wait, I’m missing this” can be a red flag that you did miss something. Or it could be you worried more about expectations than worldbuilding and distract yourself.

I find the best thing in this case is:

Religion is just like anything else in your world, and you should document it like crazy. If you’re not theologically inclined it’s even more important as this stuff isn’t going to stick in your head easily. Document, document, document.

It’s too easy to make religion an afterthought when it shouldn’t be, so this could help you get better at recording it. It may even let you develop some good documentation techniques or templates for your work.

Remember your religion in your world is still seen, perceived, and acted on by the characters in said world. So whatever you write it is still seen through the lenses of characters (even if they’re gods and goddesses). So when you write, avoid a gods eye view – unless of course an actual god is involved – and even then there’s no reason to assume they know everything unless they’re omniscient. It’s all perspective

It can be too easy to write religion with a kind of outsiders view, especially if said religion is “true” in the world setting. Religions ares till practiced by people, and losing that makes your writing and worldbuilding unbelievable – when an unsure character states a religious truth with utter conviction, or someone simply goes through a ritual that should be important to them by rote. Forgetting perspective makes your characters and thus your world hard to believe, and yanks readers/gamers/etc. out of a sense of immersion.

Besides, a good ol’ religious disagreement is some great worldbuilding and writing, at least once the smoke clears.

Hopefully this has you ready to do some religious writing. If not, well there but for the grace of . . you get the idea.