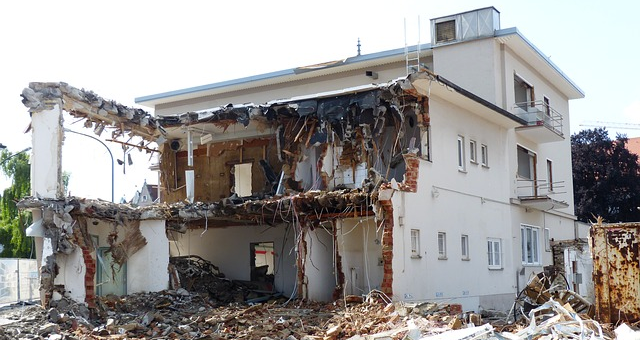 We’ve been discussing conflict as of late, from psychology to how speed (or lack of it) affects conflict. But conflicts inevitably end, if only because they become something else or because everyone involved ends up sort of dead. So what happens afterwards? What happens when conflict ends?

That’s going to happen in your world. In fact, the end of conflict may define the end of a tale you tell in your world – or be the start of one. It may involve many fine details you need to consider.  Smoking aftermaths tend to be more work than actually causing them, worldbuilding-wise.

So we have to ask – what comes after.

But first, I want to address what Conflict means for worldbuilding – because it has a place.

The Role Of Conflict In Worldbuilding

Here’s the truth of conflict in world building – almost any time period in your world, and phase of history, is “after a conflict.”

We just don’t think about it. We rarely think of conflicts in our settings except when they’re big and story worthy. But in reality, they’re everywhere.

Your world is defined by the end of conflicts (and by the beginning but we covered that).

But of course these conflicts are a bit hard to describe narratively, so . .

The Role Of Conflict’s End in Storytelling

However when we tell tales of our worlds, we kind of need to decide when to start. Conflicts – notable ones (even if not obviously notable at the time) are great ways to provide “bounds” to the stories. Conflicts provide an idea of when to tell a story.

The end of conflicts is a great time for a story to start (because it’s a transition) or for it to end as, well, it’s over.

The beginning of a conflict lets readers/players drop into the action – or a way to end your tale on a cliffhanger.

Being aware of conflicts and their ends in your world is a good way to figure out where to tell tales within it.

With that being said, now let’s get back to figuring where the aftermaths fit into your world and what you need to know.

The End Of Conflicts: Questions To Ask

So when a conflict is over with, when people pick up the pieces, dry the tears, and try to figure out what to do with six planets of radioactive rubble, you’ve got a lot of questions to ask as a world builder.  If it involves the six planets of rubble, it may be “how did this escalate so quickly?”

In fact, I think really all you can do is ask questions. You’ve created an intense part of your world, from an emotional argument to a horrible war. You’ve got to figure out what the impact is.

When creating the role of conflicts in your world, I strongly recommend not letting it overwhelm you – or rushing ahead. Understand the parts of it, understand the impact of those parts. Conflcits, in many ways are composed of smaller conflicts, of skirmishes among military universe or unkind sentences. But how much fine detail you can spend time on . . . well we have our limits.

So now and then when conflict ends, you have to ask some questions. Why? So you know what the aftermath brings – and questions provide direction so you’re not overwhelmed.

Consider how many conflicts end and unexpected thing then happen. Diseases are conquered only to return years later due to bad health fads. A war is won, but the bitterness of the defeated is forgotten. Aftermaths require thought – often more than what caused the conflict (if only because there’s a lot of smaller pieces left over)

So to figure out what comes next in your world after a conflict is resolved, consider:

The End Of Conflicts: Recordkeeping

Wait, but you just asked a lot of questions for your world. Yes, but you, the world builder, also have to keep information on conflicts.

The problem is that you can keep a lot of information. Destroyed cities, lost lives, petty bickering, thrown and destroyed family heirlooms. It can get a bit overwhelming. Sometimes tracking the results of a war or a family spat can feel as hyperkinetic as a badly made action film – world builders get battered by their own creations.

What I find works for conflicts is, simply, recording the most relevant information and (as always) a bit extra. Know enough to keep good records for reference and truly understand the impact. You can then, at worse, rethink or reconstruct finer details later.

Major conflicts for world builders should definitely be documented. This not only gives you information to review, but the very act makes you think and answer all the questions above.

Besides, when your fans want a guidebook to your setting, you’re all ready to go.

Your worlds are filled with aftermaths. Start thinking about them, start noticing them, and you’ll have a richer world to build on.