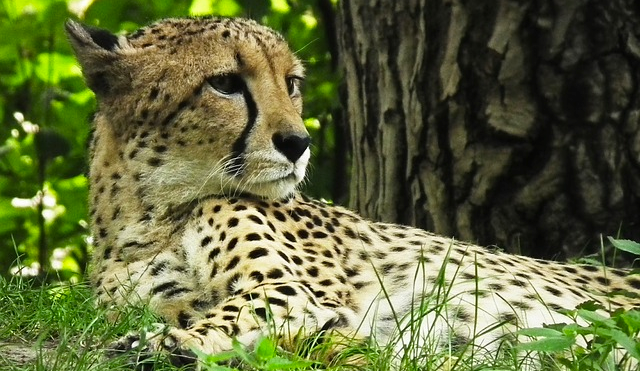 Here’s what to ask when it comes to speed and conflicts.

How Fast Are Things Happening?

So your characters’ society is careering towards disaster and conflict. Social unrest, the ecology, the economy, a spate of bad and repetitive movies, whatever. The thing is you have to ask how fast these crises are happening to determine what conflicts may arise – if at all.

Think about this: if there’s a deadly plague that requires people to have a six-hour hug before they contract it, yeah, that’s awful, but it’s going to be pretty hard to spin as a disaster resulting in conflict. Though yellow journalism may help (“hug plague to destroy slow people! Panic now and avoid the rush!”)

So let’s ask how the speed of a conflict or conflict-creating event can affect a society, civilization, group, tribe, etc.

In short, fast events can lead to conflict because they play into all the things that make conflict – misinterpretation, not thinking, and a lack of perspective, as well as just being really rapid. So when there’s a sudden case of seven dead dragons falling from the sky over the kingdom in your story, yeah, people might get a little freaky.

But what about Slow Events? How do they lead to or avoid conflict?

Slow events produce conflict because they sneak up on you, change the ground rules, and can divide people.

But once you think about events in your world and how they can cause conflict depending on speed, this also brings in another question.

How fast does the culture react to pressures that could lead to a breakdown?

This Culture Goes Up To Eleven

Cultures also respond to events at different speeds. We’re all painfully aware of that, from questions about the environment to wondering why some television shows just won’t get cancelled. That also affects what causes – or prevents – conflicts as well.

Looking over the sweep of history quickly makes us aware of just how “speed” of response makes a difference in what turns into social breakdowns. We can watch people jump to address a problem that isn’t, or engage in a long-term plan to head off disasters. So you need to ask yourself how fast your cultures react to threats to determine if there’s a conflict.

But what about where cultures react slowly?

A culture’s reaction to potential conflicts is much like a person’s reaction. In fact, speaking of . . .

In The Eye Of The Very Panicked Beholder

Individuals also react to events at different speeds. This is just another level to consider when you write how people deal with conflicts and potential conflicts – and how that may actually cause conflict. We all move at different speeds – and we’ve all probably encountered people we thought were moving too fast or too slow.

When it comes to worldbuilding, you have to ask that of every character . . .

As you write conflict, or potential conflict, you have to figure out how different characters react in your setting, and how fast – and how they see themselves and each other.  Everyone’s got a different perspective, everyone moves at different speed.

If it seems a lot of conflict here depends on how people react or react wrong, of how cultures sync up to solve a problem or chafe against it, in a nutshell, you get why thinking about speed is a major part of thinking about conflict.  Different speeds often are conflict.

It’s about friction, of how things of varying speeds react when they come together.  That “coming together” usually means “spectacular disaster” in many cases.

So when you think your world, its problems, your society, it’s potential conflicts, its’ really about how fast things are moving – and how they aren’t.

And when speeds don’t line up, much like a device, everything flies apart. And you have conflict.

And, done right one spectacular disaster in your world to write about . .