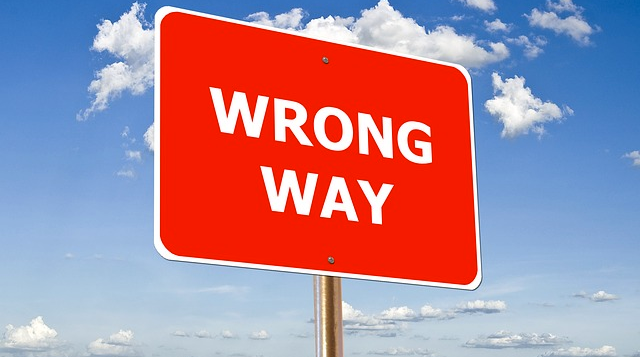 It seems that we often end up discussing Good and Evil when we are talking Heroes and Villains, antagonists and protagonists, and often for pretty good reasons. Let’s face it Good Versus Evil is a prime conflict and element of many stories, and we want to read/play/experience interesting characters.

However, after awhile, it seems that it really becomes boring and trope-ridden. We talk Good and Evil but don’t think about it, signifiers are thrown around randomly, and titles like “heroine” or “villain” seem to stand in for actual moral issues. It’s mummifying good and evil, propping up heir bodies, and treating them as marionettes.

A friend of mine once noted that smoking was always used as a sign of evil in media. That was an example of how sometimes good and evil just becomes a pile of signifiers.

So when we think Heroes and Villains, here’s a bit of a challenge of you.

Start Thinking Why And How.

So these questions come down to:

WHY: do characters do what they do? What experiences, tragedies, benefits, thoughts, and ideas made them who they are?

HOW: do they see themselves. After all few people really say “I am Lawful Good” or “I am a despicable creature of the netherdark” except on witty t-shirts.

Every character ha a reason for doing things. Knowing why and how makes them believable. This is thoroughly needed, but is especially if a moral conflict is at the hard of your story.

See,when characters are just designated heroes and villains “why” gets lost. It’s like playing shirts versus skins, or red versus blue – it becomes arbitrary and meaningless. On the other hand when you know why . . .

Knowing what makes our heroes fight the alien hordes, or why the Dark Lady of the Night is oppressing the world,makes them real. Achingly real in some cases. Real believable characters, no matter how noble or foul, click with us and we get them.

And when we get them, we’re drawn into the creation.

One of the finest achievements of the Smallville TV series, to me, was creating a fascinatingly sympathetic Lex Luthor (helped by Michael Rosenbaum’s considerable talent). Lex’s being messed up was, at least early on in the series, quite understandable and human. You got him – and could see him becoming a monster.

As for heroes, I think Babylon 5 did excellent in that regard. In fact, many of the characters thought they were doing the right thing even when they obviously weren’t. Even those who were heroic might be at odds with each other or have different agendas.

A View To How

Equally important to why characters do things is how they see themselves. If anything, this is often ignored as worldbuilding.

Few people seem to think “I wish to be an awful person.” Many people down deep don’t think they’re as good as they say – when they even consider it. Most people have radically different views on themselves.

How people see themselves drives what they do and how they change. So get to know your characters from the point of view of themselves – sure they may be deluded, arrogant, or insane, but at least you know. Then you can write them or play them or draw them properly.

Viewpoints are part of feedback. They help people understand themselves. Understanding the views of your characters as people will help you.

By the way, there’s a chance this could get very tragic. Much as we know we can delude ourselves, trying to understand the views for five, ten, twenty characters can be a bit disillusioning.

For Love Of Evil

I’ve wondered why we don’t often delve deeper int the Why and How of our characters. Beyond laziness, tropes, etc. I want to suggest one more idea for your consideration.

We don’t dive in because it’s uncomfortable.

Every time we get to know a character we may think about issues that are tough.

Every time we step into a characters viewpoint we see the world differently, and in ways that may make us uncomfortable.

Every time we get to know a “hero” we confront issues, from moral shallowness to our on failure.

Every time we get to know a “villain” we worry we may sympathize with evil, or find out more about ourselves.

But a good worldbuilder gets uncomfortable. Besides, that also helps you generate that in your readers – which is sometimes what’s needed.

So when building your characters, and most definitely your heroes and villains, ask the questions. Ask why they do what they do. Ask how thy see themselves.

Besides, you might learn some uncomfortable truths – and then you can put those in your world and in your tales to share them!