Seventh Sanctum
Way With Worlds: Welcome To Utopia
Posted on May 6, 2014 by Steven Savage 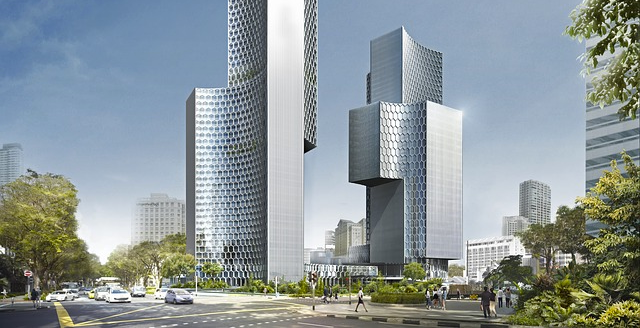 Let’s talk Utopias in the worlds you make.

Utopias seem to be less popular in fiction of all kinds as I write this in 2014. Sure we’ve got plenty of dystopias; it seems that there’s always a fire sale on at the Life Sucks Dystopia Department Store. But Utopias, not so much.

However, sometimes your worldbuilding is going to involve Utopias or at least Utopia lite. I’d like to address how to design good utopias, but first a little detour into just why I don’t think we see them.

A Lack Of Paradise

So, as noted, I don’t see a lot of Utopian fiction outside of a few books, tracts, and philosophical/religious writing. I’d like to present my theories on the subject for discussion, and to help you as a writer.

Now this being said, these are my theories and experiences, and I admit their limitation. Thus I’m not trying to construct a strawman, and though you might have a whiff of hay, I don’t expect my ideas to go help a nice girl and her dog get back to Kansas.

So I think we don’t see Utopia in fiction or worldbuilding because:

I hate to focus on what not to do, so instead let me say that I’d like to see more effort in building good, positive settings. I’d like to see people explore good civilization-building without worrying their work basically has the problems that are so common.  Check against my little list above after you get going.

I think there are reasons to explore Utopias in fiction, games, and world-settings.  So now that I’ve talked about why it doesn’t work, let’s talk why we should as worldbuilders.

So why do I suggest you shrug off the naysayers and the worry that a Utopian setting may be seen in a negative light? Well, of course I have a reason.

First, because in some cases it works. Your setting or part of your setting may involve a positive civilization and society. If that fits, then you should do it – as opposed to finding ways to make it “less so” just because Utopias are uncommon or poorly implemented. If you shy away, you’ll just limit yourself.

Secondly, because being able to speculate on functional settings and societies makes you a good worldbuilder. Any extreme, unusual, and ultimately unexpected setting is going to really stretch you and make your world and the media involved in it ore interesting. Moreso because Utopian writing is rare as noted.

Third, because I think a goal of creative people is to help us imagine differently. If you can imagine something despite the barriers, imagine a believable Utopia, that’s inspiring.  Maybe you’ll really inspire people.

Building A Utopia In Your Setting

Here’s the thing – why should building a more ideal place in your setting be any different than the rest of your world?

Really, I think most barriers to Utopia creation are just due to cultural baggage, much of it noted earlier. We spend too much time not doing things because we think they shouldn’t be done. Maybe a Utopia isn’t the point of your writing – but if you find yourself creating one then so what? Go for it.

However, it’s not always easy for people, so here’s a few bits of advice cobbled together over the years and from my own experiences:

So in short, I’d suggest a Utopian setting may be created (or may evolve) in a situation where people with goals and awareness consciously create a society. Now maybe they created it “around” another society, or there’s something behind the scenes . . . but that’s part of he larger setting.

However, here’s some warning flags to make sure your Utopia in your writing is interesting and believable as opposed to an embarrassing disaster:

So, go on, unleash your inner worldbuilder and make Utopias if it really fits what you’re doing. Just make sure you make it part of good worldbuilding, and keep the above advice in mind.

Oh, and I wouldn’t call it a Utopia, since it’s a loaded word o many. Just a bit of advice.

On the other hand, Dystopia is a world people love to throw around, and we’ll discuss that next . . .