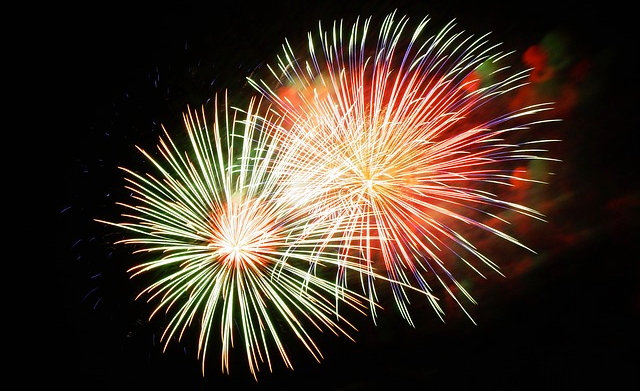 Every worldbuilder, author, artist has had that moment. That moment where originality seems to be a fleeting illusion.

Perhaps they feel that they can’t seem to do anything original. Every idea they have seems done (and perhaps done better). The fear of being accused of derivation. The sense everything they do seems to be alike.

Perhaps they feel there just isn’t anything left. Everything has been done, there’s nothing left to do.

So let’s address that issue that many a worldbuilder faces – how do we deal with the need to be original? Fortunately there’s an easy answer.

Screw originality, who needs to worry about it?

The need for originality that seems to trouble many a creative person, reminds me a lot of writer’s block. Writer’s block, in my mind, really is something that only has power over us as we name it – and having named it we’ve given it power and made our fear of it a trap. Originality is a case of where we have this vague idea of something and, feeling we must find it, fear its lack.

It’s all fear with little substance.

Let’s ask what originality is, anyway.

Something never seen before? Impossible because there will have to be some similarity in your ideas or your world to something or no one will ever have an idea of what’s going on.

Something new? New may be a matter of perspective. I’m sure with enough work anyone can find a similarity between two ideas. I once jokingly said the anime “Attack On Titan” and the surrealist Cartoon “Adventure Time” are the same – a shapeshifter and a combat expert in a post-apocalyptic future helped out by a slightly off-kilter scientist. So what really is “new” or “different”?

In fact, sometimes the unoriginality is original in another way. I’m reminded of an episode of the show Remember WENN called “Between a Rock and a Soft Place,” where the crew of a small radio station did a show called “Same Dane, Private Eye.” However this hardboiled thriller was really a retelling of Hamlet, with the prince as a two-fisted detective. Original or not? Original in combination of unoriginal ideas? Your guess is as good as mine.

Something where there’s nothing else like it on the market? Depends on your idea of the market – and many a market don’t seem to care about originality.

So I’ going to suggest “originality” is not a solid thing, it’s a somewhat relative, situational term. Useful, indeed, but something that’s better as a whole because it’s parts don’t exactly some up. A map not a destination.

The thing is when we treat originality as a solid thing, then we seek something that isn’t solid. When we don’t find it (and worse, when we’re in a funk, it can be harder), we become depressed or angry. But we’re angry something we can never truly be said to have, because the term isn’t solid.

So stop worrying and get back to worldbuilding.

The real question of your setting is “Does It Work.”

So really the question a good worldbuilder should be asking is how do their ideas hold together. Does the setting make sense, is the history believable, does the magic work, is the technology properly explained. Does the world functioning a way that people “get it” – and thus they can buy into it.

See, good worldbuilding means creating a setting that makes sense and functions, that people can grasp intuitively. It doesn’t have to be “original.” In fact it may be rather unoriginal. You could even be exploring common ideas so originality isn’t on the agenda.

But if it works and comes to life, people can connect with it.

Part of the fear of unoriginality (but only part) is that one is resorting to tropes and common ideas. Dead concepts, long ago mummified and propped up in many a story, wayposts saying “here’s your big ‘ol standard plot.” We’re afraid, in short of a world that’s just “here we go again.”

But when your world comes to life, when the ideas tie together, then it’s not a world of tropes – it’s a good, solid setting. You may see things that have been seen before, but it’s alive, and engaging, and interesting. It’s also yours, your unique vision, spinning away like an orrery.

Tropes are uninteresting and laughable when dead. But when alive . .. then they’re just common ideas working.

Imagine a bog-standard fantasy tale with your usual ripoff D&D party – the fighter, the wizard, the thief, and the cleric. Sounds boring and stupid. But imagine in brought to life, with magic versus religion, a warrior’s code ruling a person’s life, a shadowy criminals past haunting them . . . and then you have a story that could be interesting. Because it’s alive, even if the individual parts seem like tropes and stereotypes.

Well, seem like tropes and stereotypes until you realize how lively they are. Maybe tropes are what happen when you rip archetypes and common concepts out of their settings and just have their ghosts haunting your works.

So stop worrying and go build your damn world. Make it work, live and breathe. Make it function. Make sure it makes sense.

You’ll make a better setting, have more fun, worry less, and get more done. Let Originality be something that’s a laudable goal, perhaps even a good measuring stick, but one you measure by the liveliness of you setting, and one that you on’t let dominate you.

Besides, maybe when you focus on making that world well, originality will take care of itself, because we all know when our minds really get going that’s when the real surprises start . . .