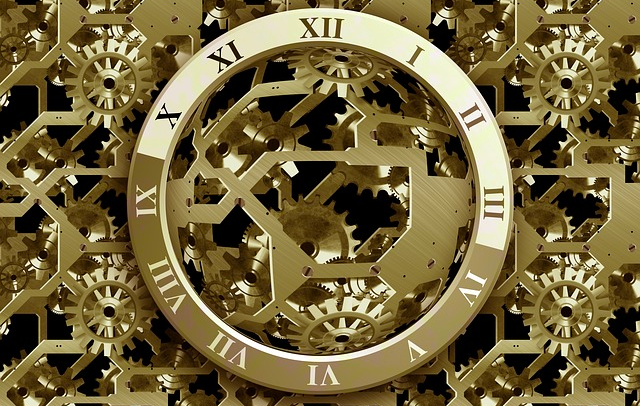 So After being challenged on the issues of language and sentients over at Trilobyte Studios, I decided it was time to focus my rewrite of Way With Worlds on my language columns of the past.

And nothing is a better example of the issue of writing good language than how we refer to technology – and by technology I mean anything used to achieve a goal, from a spell to computers. For the sake of not having to say “technology and magic” over and over a gain, I’m going to refer to this as Technology most of the time.

When we talk Technology, we face the most fascinating question of how people using technology refer to it in our worlds. Think of how many words we have for tools and so forth. Think of how characters need to refer to technology in their worlds.

Think of how we often do it wrong.

A Rabble Of Babble

Technobabble is a general term used for “scientific-sounding” BS-ey terminology used to refer to technology. Many science fiction stories and properties are infamous for this; “Star Trek” is often joked about, but it’s everywhere. It’s that term made from throwing together three scientific terms, it’s that spell that sounds like something no normal human (or elf) would describe in those words.

You know the kind of terms I’m talking about

I really didn’t get how bad it could get until I got into making the random generators of Seventh Sanctum. I’d make ones to describe weapons and technology, and suddenly I could see how words were just slammed together to make something vaguely technical. I could see how often mystical spells had come from The Home Of THe Assembled Adjective.

There’s something about Technobabble tat just feels wrong. It’s the uncanny valley of technology, because it’s got words but it doesn’t feel like ones humans would use.

It’s words made by an author, not a character.

And That’s the problem.

Diagnosing the Problem: The Forms

To discuss the best way to avoid Technobabble, I’d like to look at the problem and then step back on how to solve it. The reason for this is simply because we’re too used to technobabble, and we don’t always see it.

By now we’re used to fictionally crafted worlds, with their made-up terms, and of course their technobabble and magicbabble. It’s something we just sort of plow through and tolerate and really promise we won’t do . . . right before we do it. It keeps popping up.

Technobabble is kind of the Shingles of bad terminology.

Classic Technobabble – When you’ve got Heisenberg Rail Cannons and Nomydium Alloy Quantum Stabilized Armor you have straight-up classic grade A technobabble. This is when you’ve thrown a lot of sciencey/magical words together that really don’t say much. It’s borders on being real babble.

Coldbabble – Coldbabble is technobabble that’s Technobabble’s evil twin – just evil in a different way. This is when your description sounds like a kind of operating instructions or label. It’s a spell that an actual person calls “A Level 3 Muscle Mending Spell” or a technology referred to as a “Flesh Restoration Pod.” It says something, but not in the way most people would

Transplant Babble – This occurs when people graft terminology from one setting or one idea into another with no good reason. It’s fantasy characters referring to light spells as Lasers – just so the audience gets it when they wouldn’t. This is a less common issue, but now and then you’ll see it.

So how do you avoid these traps -and others I doubtlessly haven’t identified? It’s simple.

You’ve got to stop naming technology and ask what it means to the people using it.  It’s all about the characters.

Language As A Tool For Tools

Why do we have special terms for technology (and magic and other tools)? Simple – we need to refer to them properly.

We need to call a hammer a hammer when you just need someone to hand it to you. We may refer to a computer with more detailed description, like make or model, to communicate that information. We need to refer to tools so we can talk about them.

The key to writing good technical language and avoiding Technobabble is to ask what language is needed to refer to said tools – in the setting, by the characters.

In fact, there may be many ways to refer to the same thing. The reason Technobabble of all kinds often seems weird as characters will use the same made-up terms in all situations.

Let’s look at these factors.

Terminology depends on context. Who is speaking, who is being spoken too. Technology of all kinds will have terms relevant to the context it is used in.

Technology will have multiple names but all should be meaningful.

The pain in your leg probably has a very long latinized term your doctor uses – and it describes the symptom in a detailed way. A car engine is properly an internal combustion engine – but who curses their “internal combustion engine” for not working? We refer to an explosive called TNT, but the name is derived from the chemical formula of the explosive because do you want to use that long string of syllables every time?

Language to refer to things will vary with the situation. It’s all well and good to go looking for a Hyperflux Restablizing Neutronium Balance Capacitor, but sometimes you just need to “find the damn capacitor.” you don’t want to refer to a spell as a “Gate Spell” during your final magi exam when there’s 22 different variants of it.

We use different language for technology depending on the situation. All technology has should have ways to be referred to based on the situation itself. You really don’t have time to ask for “Mordaks Third Level Incandescent Sphere of Fiery Doom” when you really want to yell “Fireball them!” as you run away from Rabid kobolds.

Technical terminology used – used to communicate with people – will vary among the people talking. An engineer, a scientist, and a disgruntled user are going to refer to computer parts and processes in very different ways. A wizard, a priest, and a warrior may refer to spellcraft differently.

Individual characters will often have different tastes in how they refer to technology. You need to understand how the people in your setting see the different technologies and refer to them. When their discussion can sound like the last time you and a friend tried to set up a video game set or fix a car, then you’ve made technological language realistic.

Terminology changes. Grab one of the handy slang dictionaries available at bookstores or online, and you may be amazed what words used to mean and what phrases vanished. “Hilary” used to be a man’s name. The term “mook” has had a variety of meanings. Even as you read these now, these simple references may have changed.

In creating terms in your stories, ask yourself how terms may have changed over time – or be preserved. A tradition-bound culture may use archaic references, a culture with a lot of immigration may adapt a rainbow of foreign words quickly. THis happens to technology as well – do we refer to cars as motorcars anymore in america?

A quick guide to see how time affects technical terms:

Technical terminology shouldn’t be obscure unless there’s a good reason for that. It’s part of language, part of the language of your setting, and thus should serve the needs of those using that language. When you keep the human (well, sentient) factor in mind, it becomes very clear why Technobabble fails.

Technobabble fails because it’s unrealistic and doesn’t fit the characters and world. It’s when you reach in from outside and inflict language on your setting.

Instead, let the language come from your setting. It’s much more realistic.