So we get to what is in theory the last Sex and Worldbuilding column more or less. OK maybe one more or something, but this covers most of what I wanted. That was certainly one hell of a rewrite over the original – there’s probably a column in itself on all the reasons I had to cover more.

So we’ve covered biology, psychology, society, and how they tie to sex. My fundamental thesis is that sex is best viewed as a primal form of communication for life, and thus logically infuses all aspects of said life. Life, in short, transmits.

But there’s one more element of sex and your setting to consider beyond these – then come the metaphysical, mystical, and divine. If your world has a supernatural (or perhaps “metanatural”) component, then sex is going to impact that too. Sex is part of living beings, living beings deal with metaphysical realities, ergo it’s going to be something you have deal with as a world builder.

Got spirits and sorcery?  Sex is going to come into the equation as your sentient races interact with such things.

Now this goes into so many potential areas I’m just going to cover the basics – since your worldbuilding will doubtlessly have its own elements that are unique to your work. I’m just trying to get things going here.

Way With Worlds: Sex And Worldbuilding – The Biological Imperative
Posted on June 10, 2014 by Steven Savage 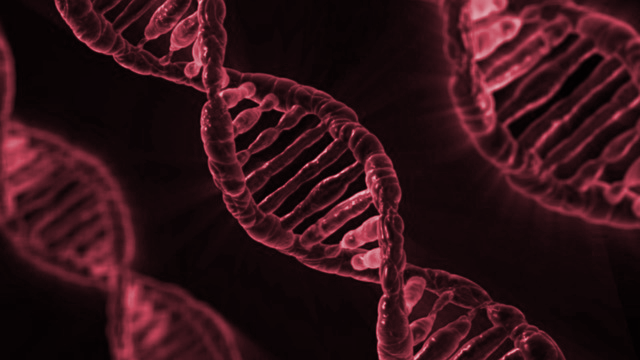 And its time to talk about sex and worldbuilding. Which, if you think is going to be exciting and arousing, indicates you are either sadly deluded, or really into worldbuilding to a level few are. You make the call, I won’t judge.

Sex in many ways is like air, and not in that it’s part of life and sometimes involves wearing a mask. It’s more the fact that it’s so omnipresent that we can miss out how important it is. We think we know how important it is because we just assume we do – until we really think about it.

Sex is part of being human (it’s why you’re here to be human), so we can get used to it like we do seeing and smelling and touching. That of course means we can miss its complexities, and that means we miss it when creating our worlds.  When you miss something so important in your worldbuilding, you’re far worse at it.

So even if you never delve much into sexuality in your settings and stories, it’s probably there in the background, and it might be in the foreground and you don’t know it.

So first of all, let’s get down to the nitty-gritty of sex and worldbuilding – biology.

But first, let’s remember what sex is for.

The Purpose Of Sex

Sex in many ways is like a conversation, though in the case of the aforementioned simple animals, it’s rhetorical.

So when you start thinking about the biology of sex in your setting, always remember it comes down to information.  However it gets more complicated . . .

. . . really, when you think of it all life is about information.  It’s locating food or holding a rally that leads a country to victory in a war.  It’s about smelling out a predator or about listening for the right tone to tell you your significant other is cheesed off.  Life is input and output and retention and processing of information.

In turn, we can also see how living creatures don’t really have distinct boundaries among their organs and instincts and thought processes.  Someone seeking out a mate or a good meal will rally every resource they have to find it.  Our desire for an adrenaline rush can make us seek out thrills skydiving – and in turn someone had to actually rally their mental abilities to invent skydiving.

Now when you add in sex, the core “conversation” of life, you can realize how complicated writing it can be.  That’s the original part of life – the ability to pass itself on.  It’s affected every part of our lives as humans, and ties into our familial instincts, our habits, or ability to form social relations, and even our boundaries.  Sex is everywhere in its own way.

Thus, even from biological points of view, writing about sex becomes complicated because it’s at the core of a living being and because its likely to touch on far more than simple reproduction.

In the end, I find that when writing about sex and designing its point in your world it keeps coming back to these lessons:

Now with that being said, let’s move on to the three basic kinds of sexuality you may end up designing in your worlds.
Situation Normal

First of all if you’re writing about people that are for all extents and purposes human, i may seem pretty easy to write about sex and ignore it all together. It’s just standard. It’s normal. It’s background noise, though perhaps with an uninspired soundtrack.

This is where things tend to go wrong because we don’t pay attention.

The biology of sex for humans introduces any numbers of complicators that may play into your story. Just a few examples:

If you’re going to do any kind of setting with regular people, the biology of sex is likely to come up, even if it’s just figuring someone hauls off and kicks another character in the junk. They may be minor, but they may be there.

In most cases, writing “humans like us” and sex really focuses not on the biology (with which we have passing familiarity) but psychology and culture. That may lull you into a false sense of security.

So when worldbuilging “normal” humans, take a moment to inventory any issues of sex that may come up. A quick list is:

Even in writing a real-world setting, don’t always assume you know enough about sexual biology to write. A little research is in order if it’s remotely part of your story. Because of many issues (psychological and cultural) you may know less than you think.

Sex And The Possibly Single Almost-Human

Then you get into settings or setting elements where you have almost-humans. Your standard fantasy races, the thing-on-the-forehead-but-human-otherwise aliens, and so on. You know, the beings in the setting that are are for most intent human but a bit different.

It’s often tempting in dealing with almost-humans to do two things:

Both approaches are a mistake. The first is to ignore all other factors that make your species different – unless you’re quite sure there aren’t any (then you may be OK). The second is to forget that small changes can have vast repercussions, especially when you deal with reproduction.

Imagine a human-like race where the gestation period was half the time, completely changing the effect it’d have on the role of women. Lower the sex drive of a species and it might limit their spread (as often seems to be a trope of fantasy dwarves thanks to Tolkein). A few minor changes to your “almost human” races and you have major repercussions to deal with.

In handling the biology of near-human species I find a good way to deal with it is to stop thinking of them as near-human and focus on them as species that has familiar elements. These familiar elements provide you a lot of useful reference points, and from there you can extrapolate on what the differences mean.

Think of it as having a known path, and that makes it easy to figure out where you deviate from it and what happens when you do. This isn’t my favorite method (see below), but is useful.

However, remember you are creating a different species. Past a few minor changes here and there, you may really be inventing a new species. When things get different from regular humans to any degree, you’re really just designing a completely new species . . . and you might just want to start here to begin with.
Loving The Alien: The Sexual Biology of Non-Humans

And this is where it gets complicated. More complicated – creating a totally new species in your setting and dealing with their sexuality.

In designing a species from scratch, in not having a “human with funny ears” you’re going to enter into a very crazy world. Designing your own species can be tough as is, and when you get to sexuality it’s going to be a challenge because, as noted, sex is so complex and connected to other things in the case of living beings.

Just think how complex sex is for humans, biologically. Now inventory all the non-human species you know about and think about their sexual biology. Now realize you’ve got to create something like that. It’s enough to make you loose interest in sex.

Welcome to the cold shower of world building original species.

So I won’t lie, if you’re going to populate your world with definite non-humans it’s going to require some thought. There is some advice I can provide:

The key to designing good sexual biology is, like many things, to know how much you have to do then take it a little farther to make sure you know enough.

I’ll just have to leave that up to you.

Hope I haven’t scared you off, but sex is a complicated issue, as we all know, however it’s incredibly important to do in your worldbuilding.

It’s why there is a population to experience it.

It’s a part of our own lives so readers will notice its absence.

It’s part of life itself.

It might just be one of your biggest challenge as a worldbuilder. But if you’re able to tackle it, you’ll be rewarded with a very believable world.

Of course once we talk biology, we have to talk about psychology, and that’s next . . .