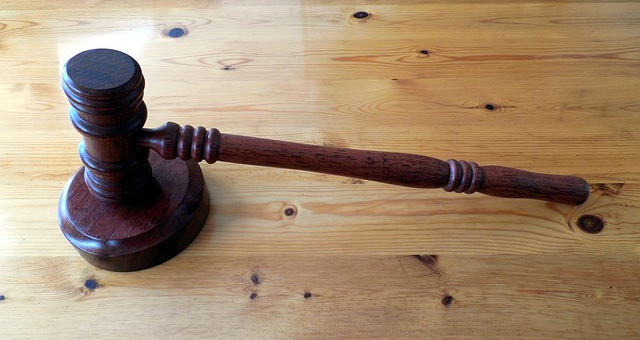 Legal systems are important to our worldbuilding. I’d like to find a more flower way to say it, but really – theyre bloody important.

Think about what a legal system is:

A legal system is a kind of “limited morality” where society does the smiting when you disobey.  It can’t be ignored in your worldbuilding.

It’s also very hard to worldbuild with, so I wanted to address how to  – and why it’s hard.

The Challenge of Writing Legal Systems

Legal systems can have both hard and soft edges, have pages of rules and general guidelines. Legal systems can be invisible because they’re more diffuse than religion, not as obvious, more structural Legal systems can lack the human face of a religion, and their mechanical nature can make it even more automatic than religion so we don’t truly see it. Finally, we often have a lot of stereotypical assumptions abut legal systems, especially in Western media, where it’s omnipresent.

They’re hard and soft at different times, hard to see and relate to, and we’re used to them.

So to build a good legal system in your worlds, there’s a few things to consider. Drop your assumptions and conside . . .

Law exist for reasons. They provide boundaries for behavior, appropriate responses to transgressions, and have reasons for existing. Even when we have supposedly divine laws, it seems they get rather humanly bureaucratic as the divine has to be translated into human form.

Laws are practical things, really. They always exist for reasons, if only because they’re thought of, processed, and codified by people, even when supposedly handed down from On High. When you build a world, you need to know why the laws exist and what goals were behind their creation

But the reasons are there.

(That’s your hint to not just drop a legal system you know in a world you made. If the telepaths of Amodrax V can’t stop broadcasting, you may have to have laws giving people freedom from speech after all)

Example: Fearing the wrath of the Sun God, the King creates a rule that people cannot go outside in the first hour of the day so as to not offend her. This is punished by strict fines.

Laws exist for a reason. But how to they actually become formalized into laws? How does the “reason” lead to “the form?”

Be it a god’s commandments and human interpretation, a king’s orders, or a legislature, laws have to be given form as its a bit hard to enforce them otherwise. This often involves some system of people making certain decisions, even if that decision is “write down what the King says and do it.”

As a worldbuilder you need to know how laws are given form. That may sound boring and bureuacratical (and may be) but knowing it tells you what happens when the laws enter the process of becoming “real.” Does it take forever or is it slow? Is it a reliable focus on intent or does it get bogged down in infighting among factions with a cause?

Example: The King’s ministers and high priest help formulate the law. “No one may be outside the first hour after dawn unless hey are doing the work of the goddess and have the dispensation of the priesthood.”

So laws get created for a reason and given form. But as noted laws are usually codified, turned into rules, and spelled out. From stone tablets with simple orders to giant legal documents from a massive legislature, Laws get processed and sent out so people can act upon them.

After all if you don’t tell people the law, they can’t follow it or they can’t be enforced. Again, that may be part of your setting, but a sustainable system needs to get the word out.

So how are laws sent to the population and the enforcers? Automatically/ Regularly? Is there training? Translation? What punishment and sanctions go with them? How are records kept?

Communication and legal systems – where fine details and punishment mix with human fallibility – will always have a mildly kafkaesque element to them due to confusion. But how much confusion is there?

A big part of your world’s legal system may be it makes no damn sense on the communication level. That makes them hard to follow and enforce. Speaking of . . .

Example: The King’s Heralds post the new laws on bills and they are entered into the great Archive Of The Law. There’s a side effect of improved clock sales.

If the devil is in the details, you should start smelling brimstone right about now.

A law has to be enforced. This is when “do what we say” meets “or else,” and the “or else” part of laws can get complicated. Perusal of any week of news will reveal all sorts of complications, from near-unclassifiable threats the legal system tries to process to corruption to underfunded police.

Enforcing the law takes people, resources, social and bureaucratic systems, and finally action. Someone has to hold the trials, catch the bad guys, free the innocent, punish the guilty.  Someone also has to pay for this.

Nothing says it actually is going to work very well.

This when building your world you have to ask how the enforcement mechanisms work, what pays for them, and how well they function. This is an oft-invisible part of the legal process to many of us, at least until budget cuts near us make us realize “hey this is hard.”

Remember, you may find your world’s great legal system has awful enforcement. Or your oppressive kingdom has really got one heck of a secret police.  But you need to know how it works.

Example: The King’s Police realize they have to actually go outside to enforce the law, so now all police departments must receive a blessing to do so from the local Temple. In addition they now have to carry their badges openly to show they shouldn’t be penalized.

Laws stop crime. Well we assume that, right? We shouldn’t.

Laws have impacts. People know about them and adjust their behavior. Enforcement of laws has repercussions. Knowing you’ll be punished for something, arresting a hundred people at once, etc. has results. It just may not be the ones that people creating the laws assumed would be had.

So in building your world you need to ask about the repercussions of laws and the legal system. Do the laws meet the intended goals? The stated goals? How are they regarded? What reactions do enforcement actions produce?

Example: The new hour-before-dawn law really screws up many businesses except people selling time pieces. The police really don’t want to offend the goddess, but think this is a bit strict. The priesthood starts discovering they can sell all sorts of blessings for the people to be outside.

Laws change. Cultures age, other things affect them. Law is not stagnant – even if the goal is to create surety, it is a dynamic surety as living creatures and thus their cultures are dynamic things

A law may not even make any sense after awhile. It may have been a great idea at one point, but eventually it could be useless. Those laws about horse dung on the streets don’t matter as much when we have our fyling cars.

However, as the goal of laws is to have some surety, they tend to endure. They get appended, revised, reinterpreted. If they are useless they may eventually be repealed. A culture with a good feedback system will adjust to this.

So how does the law in your world adjust – and what is the feedback system of the culture in question? Does it adapt, or does it avoid change? Do laws come and go or accumulate?

Example: The next King realizes this sun law thing is a load. Instead he adds a morning blessing at all temples so people can go outside. This quickly becomes the equivalent of an alarm clock, which affects timepiece sales. The police are glad not to enforce the law, but find they kinda like the whole “blessed badge” thing. The people begin thinking themselves superior to their neighbors as they praise the Sun God every day and they don’t. The temples miss the extra money, but a decade later a wit makes an alarm clock that has a litle priest walking around a temple tower like clockwork and they become novelty items.

When writing about laws and legal systems, a few myths yo should be aware of.

Take the time to plan the legal systems of your world carefully. These powerful, at times invisible, often misunderstood social systems, can go wrong easy.

Done right of course you create a fascinating, dynamic, very “real” part of your setting and produce a better world to create in.